Mira Hires Their First Head of Sales with Candidate Labs 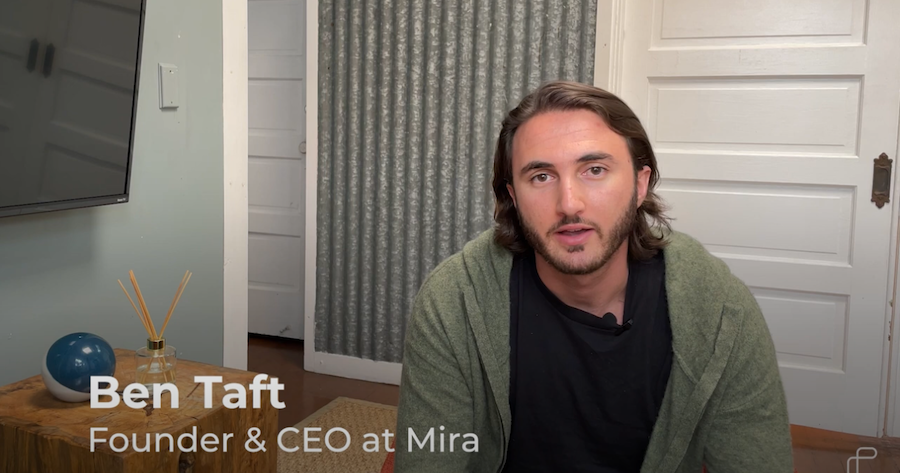 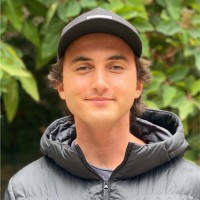 My name is Ben. I'm the Founder & CEO of Mira. At Mira, we build incredibly accessible, intuitive, and affordable augmented reality hardware and software solutions.

The moment you decide to bring in a new sales leader, you're handing over the keys to a really important lifeline for your company. If you get it wrong, you could lose months, if not a year's worth of progress on your most important metric to be growing as a business—which at this point is revenue.
‍
I hadn't realized just how much time I was spending in that Head of Sales box. When we brought on our new Head of Sales, it freed me up to think about a much longer-term horizon and focus on different areas of the company that needed founder attention and were being neglected because I was spending so much time on this one particular facet of the business. Bringing on this Head of Sales allowed me to push the company forward, raise a Series A, and put together more strategic initiatives on the product side and other facets moving forward. That absolutely would not have been possible without bringing on a Head of Sales—and without bringing on the right Head of Sales—which of course wouldn't have been possible without the help of Candidate Labs.

I think the experience we had with Candidate Labs was fundamentally different and it didn't feel like we had a robotic agency. It felt like we had a very strong partner who was almost sitting in house with us, looking in the same direction as us, providing the same foresight that we were trying to provide for ourselves, and really being an expert, advisor, and consultant just as much as they were being a recruiter. It allowed for a really strong recruiting process that gave us the confidence to know that we were making the right decisions and the right steps along the way.

“Candidate Labs is more than a recruiter. They're more than an agency. They are a thought partner, they're a strategist, they're an advisor, they're a consultant. And they've been through it before.”

We had a number of questions and assumptions about how we wanted to hire and what the right profile was. And what was unique about Candidate Labs is they had so much experience and objective data to show what has worked well in the past for other companies at a similar stage, hiring for a similar role. And that experience was clearly repurposed and reused to guide better advice and strategy for our particular search.

There was an instance where we thought that our company needs to be structured in one way, and that the profile of the candidate should be another way. And as it turned out, Candidate Labs had a fantastic set of advice and strategies that they put forth based on experiences in the past that allowed us to actually change the profile and the archetype of the candidate we were searching for in a way that greatly benefited the search.

Candidate Labs’ proprietary technology was a bit mysterious to me. I had never taken the time to actually dive into that technology and understand what it was, but I knew the tool that they were working with was powerful. It was insightful, it was deep, and it really helped drive the right data-driven approaches to our particular search. So when we put together an assumption or a hypothesis of who was the right candidate, we could cross examine that with really powerful data from Candidate Labs that allowed us to continually refine the search.

“Bringing on this Head of Sales allowed me to push the company forward, raise a series A, and put together more strategic initiatives on the product side and other facets of the business.”

Every single candidate that Candidate Labs brought us was extremely high quality. In a lot of other experiences with other agencies or our own processes in the past, we'd have to sift through a lot of different candidates, screen a ton of different resumes, and do a lot of busy work just to find the signal within the noise. But the beauty of working with Candidate Labs is that everything they brought us was signal. There was no noise. We were brought the perfect candidates, the ideal candidates.

Once we really fit our criteria, even the back and forth on candidates before they were introduced to us was concise and accurate—which helped us avoid misstepping or spinning our wheels at any point in the process. It was high quality, highly targeted work at every step along the way.

Since bringing on our Head of Sales, we are on track to double our ARR within the very first year of his presence here. We've also grown the team to three Account Executives underneath him, and are expecting to double that by the end of the year as well as build out more functions, such as account management and business development, that we didn't previously have. So the team has grown in revenue, it's grown in size, and it's even grown in the number of different functions we are managing and accommodating.

“With other agencies, we’d have to sift through a lot of different candidates to find the signal through the noise. But the beauty of working with Candidate Labs is that everything they brought us was signal. There was no noise. We were brought the perfect candidates, the ideal candidates.”

Bringing on this Head of Sales has impacted my day-to-day in a way that I couldn't ever have foreseen coming into this. I had spent so much time and energy crafting the initial go-to-market, validating our thesis with customers, designing the initial pricing, and I was so deep in the weeds. While it’s a beautiful thing for founders to get that deep in the weeds sometimes, it’s ultimately unscalable. You need to test things out and essentially fire yourself from every single role as the company evolves and you learn enough to hire somebody who can do it much better than you.

Hiring the right candidate with confidence

I would recommend Candidate Labs over other solutions, especially in cases where you have very important and strategic hires, because Candidate Labs is more than a recruiter. They're more than an agency. They are a thought partner. They're a strategist, they're an advisor, they're a consultant. And they've been through it before. They've placed so many different, incredible candidates at so many promising startups that when you're in the position where you have a high stakes hire you need to make, you don't need somebody to go and fill your top of funnel blindly, you need somebody who can really be there next to you in the seat, guiding you and putting forth strategy to make sure you get the right person in seat—because nothing's more important with a startup than hiring the right person. And Candidate Labs makes you feel like you are working with the right team to go and find that person.